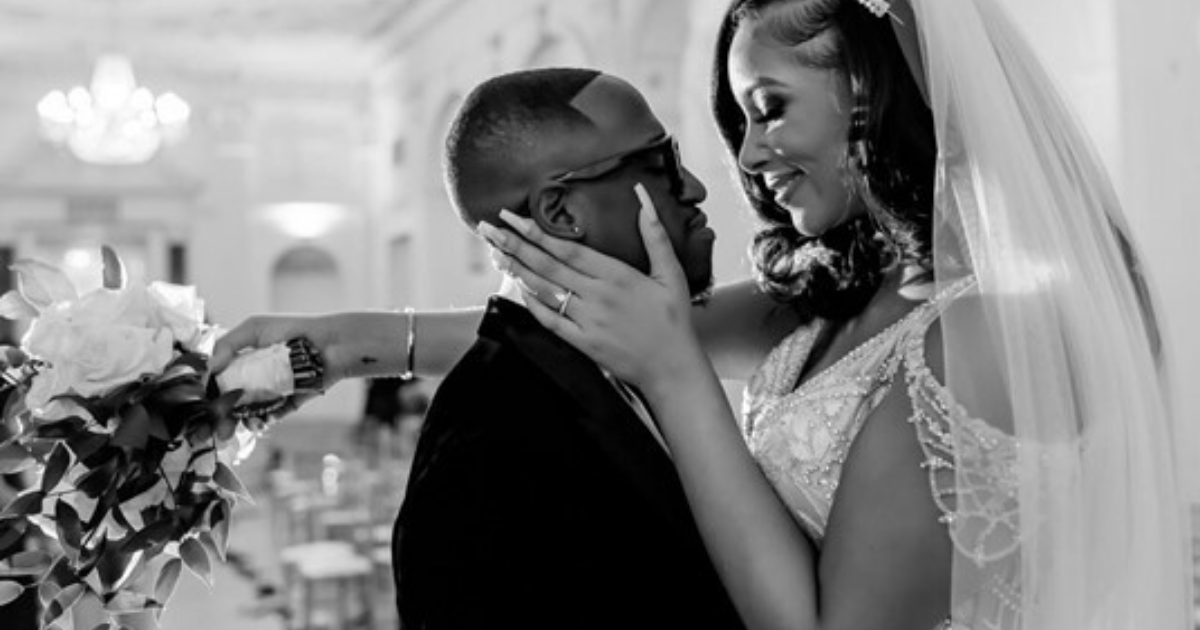 “Friendship in marriage is the spark that lights an everlasting flame”, Fawn Weaver

Many say that the secret to a lasting marriage is friendship. Stories of best friends taking a chance on romance make people swoon over the possibilities of love with someone that really gets us, faults and all. Relationship studies back this up too. With understanding, shared interests, and willingness to overcome hardship for the sake of the relationship, starting as friends can offer the happiest outcomes and highest prospects of a fulfilling relationship. We concur. After witnessing thousands of engaged couples design rings, we’ve seen firsthand that the ones that are happiest years later (and celebrating many anniversaries) describe themselves as “best friends”. We love hearing stories of couples that started off as friends and were delighted to learn about this Georgia duo.

Kayla and Samson are a dynamic couple who started as best friends while they were both attending Valdosta State University, in South Georgia. Samson, a junior studying psychology, and Kayla, a sophomore, studying pre-law, started hanging out through mutual friends. While they were happy hanging out together in the group, it was during the summer of Samson’s senior year, that they began spending most days together. From watching crime shows and scary movies to grabbing dinner and drinks, they spent a lot of time together getting to know each other and sharing stories about who they were each dating. Samson would continually ask Kayla “don’t you want to be great?” indicating that he saw her as a catch that any man should value.

After graduation, Samson moved to Atlanta and Kayla finished her senior year while getting back together with an old boyfriend. As a result, she and Samson drifted apart, busy with their own lives. When they did speak, Samson encouraged her to be her best self and not to sell herself short in any areas, including her relationships. Kayla appreciated that he was honest with her at all times, continuing to be her best guy friend helping her through relationships and other areas of life.

Upon graduation, she moved back to Atlanta and they both were dating other people. They continued to confide in each other about their relationship struggles and Samson gradually revealed that he had feelings for her. While Kayla was worried this would disrupt their friendship, she eventually warmed up to the idea of being together romantically. They began dating and told Samson that she loved him.

After a year of officially dating, they moved in together and Samson became a “dog dad” to Kayla’s all-black German Shepherd, Kane. Because of their firm foundation of friendship, the move made sense and felt natural. They both worked in technology and continued to share common interests.

Over the years they’d gotten to know each other’s families, who approved of each other.

Kayla didn’t want to just be a “long-term girlfriend” and when the pandemic started in March 2020 she started thinking about marriage. After they celebrated their 2-year anniversary, she started dropping hints about proposing. She felt they had such a solid footing and that he was the “one” because they were truly best friends. At the same time, Samson knew Kayla would be a great partner and he could see her as the mother of his children.

Once Samson learned that Kayla was ready for the next step in their commitment, he reached out to his family jeweler, Jeff, with Taylor LaRue Designs. Jeff had worked with Samson’s brothers to design a family emblem, and his mother, for a piece of original jewelry. He knew from conversations with Kayla on previous boyfriends that she wanted a pear-shaped diamond on a gold band. She even said they’d have to show Samson the ring for approval! It’s a good thing that her previous boyfriend, wasn’t marriage material, because Samson was listening and able to fulfill her wishes.

During the thick of COVID lockdowns, In August 2020, they worried that they wouldn’t be able to vacation in Cabo San Lucas as they’d gone in years past. Luckily, they made it, with Samson excitedly carrying the pear-shaped engagement ring. He treated Kayla to an expensive birthday dinner, which at first she thought was a waste of money. She picked up on him taking extra measures to ensure dinner was on time and acting funny. Knowing that he’s not a big selfie guy or picture taker, she was surprised when the suggested taking a photo after dinner. As the waiter held her phone for a photo, Samson got down on one knee with the very ring style she’d told him about years ago. Kayla was overwhelmed with joy and felt right about making this move with the man who was truly her best friend.

Once home, they met with Jeff to choose a diamond band for Kayla and a thick, heavy gold band for Samson. Wedding planning ensued with a special place for Kane, as the ring-bearer in their August 2022 wedding. Does friendship at the start mean “happily ever after”? We can’t know what’s around the corner for any couple, but we are certain that friendship is the rock that lasts long after the celebration is over.